Most problems with sewers and foul drains occur inside the house or at the trap immediately outside. We have a drain-cleaning attachment for the pressure washer which is usually enough to clear blockages due to fat and soap residues. If you have problems with the kitchen sink or the cloakroom basin drain then the place to look is either in the bin-store or against the outer wall of the cloakroom or bin-store. There will be a metal access-cover about 150mm square.

The main sewer pipes in Cedar Chase are made of pitch-fibre, which was popular in the 1960s but is prone to collapse and invasion by plant roots. Some years ago there was a problem near #8 which led to all of the pipes from #1 past #8 being re-shaped and lined with fibreglass resin. This was an expensive job which was partly covered by household insurance policies.

Ownership of sewers changed in 2011. Before that date we were responsible for all sewer pipes up to the point where they join the main public sewer (in Rectory Road for houses 18-25, and in Saxon Gardens for 1-17). Under the new rules, each house only owns the pipe up to the point where it joins another pipe or crosses the boundary of your property. As all front gardens in Cedar Chase are owned by the Society, this could mean that pipes become the responsibility of Thames Water as soon as they leave the house. 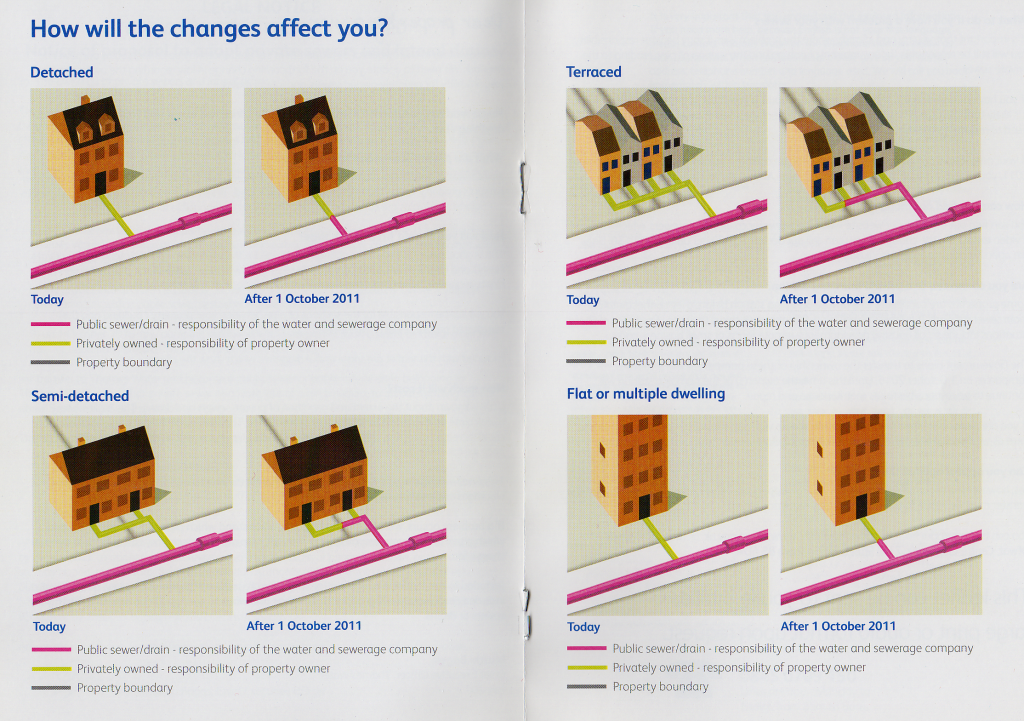